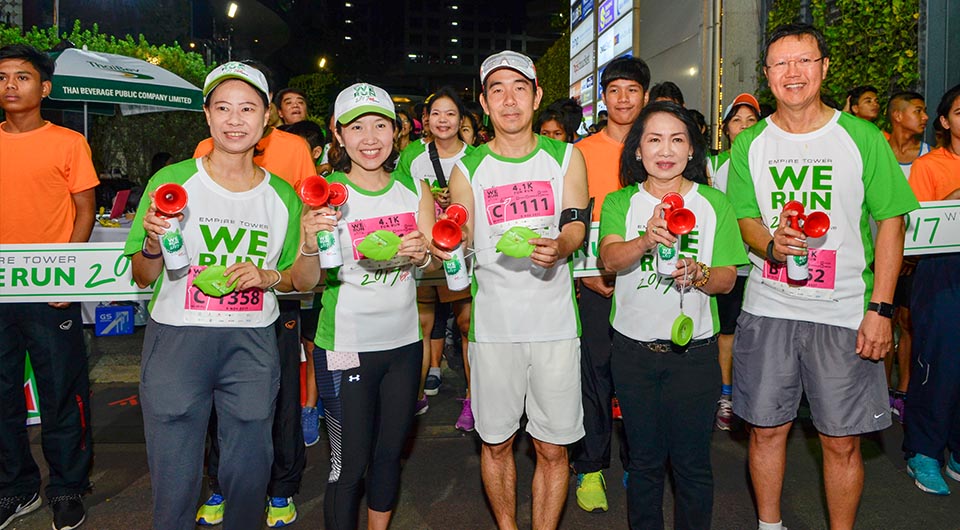 The objective of the activity is to raise funds and awareness of the need to give back to society and improve our environment.

The run follows the “Run One Cup” concept whereby runners bring along their own flasks up of liquid in order to avoid using non-biodegradable materials.  The runs were arranged into three categories:

The starting point for the run was Empire Tower on Sathorn Road and around 4,000 people participated.

The atmosphere was upbeat and winners in each category received special trophies made from wood. Every participant who crossed the finishing line received a special coin.

“EMPIRE TOWER WE RUN 2017 WITH VIRGIN ACTIVE” was part of a Give Green CBD: Synergy Power 2017 campaign to encourage everyone to do things that benefit society.

Collaboration and cooperation among the concerned parties in the Sathorn district in what was the 5th annual event was excellent.

Those joining included both people who love to exercise and volunteers.

Those joining included both people who love to exercise and volunteers.