Asiatique The Riverfront scoops Award as The No.1 Community Mall in Thailand. 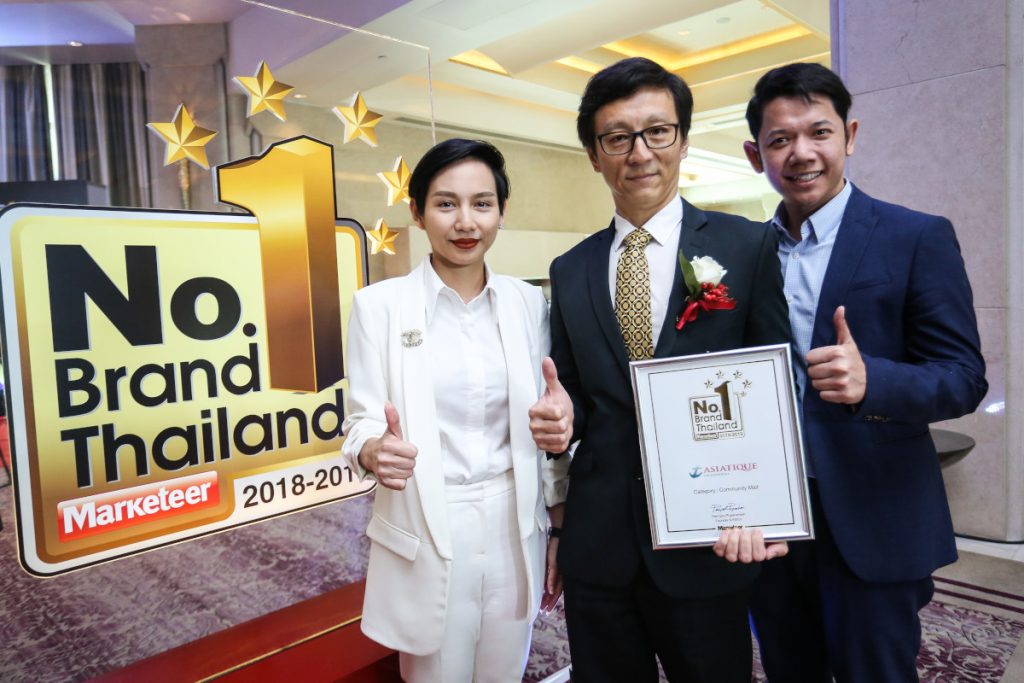 Chief Retail and Commercial Officer (CRC) Mr. Lim Wie Shan, Head of Product Strategy & Marketing (Retail and Commercial Group) Mr. Narubodee Wathanakom, Mr. Jackrapop Piyarat, Acting Head of Retail Group, and General Manager of ASIATIQUE The Riverfront Ms. Premin Lenoraset, project managed by Asset World Corporation received the “Marketeer No.1 Brand Thailand 2018 – 2019 Honorary Award” in the Community Mall category. The award is given based on a result of a survey conducted by Marketeer and Kadence International (Thailand) with 4,000 Thais in Thailand, asking what they considered as the most popular Community Mall in Thailand. ASIATIQUE The Riverfront claims the top spot with its unique characteristic that presents the historical context to people of today’s generation and let them immerse in the prosperity of the past. For over the past 6 years, it has offered fresh entertainment experiences from Thailand and abroad to create maximum satisfaction for visitors. This is another milestone of success that reinforce the status of ASIATIQUE The Riverfront as a world destination.

Follow news and activities of Asiatique The Riverfront at